Trading recommendations for the EUR/USD pair on August 6

The recovery of the European currency rate was as fast as the correction itself, which suggests that speculative excitement is of great importance in the market.

Much has been said about the rate of price change in the past articles, everyone understands how emotional the market is now and speculators use this to accelerate the quote, but everyone forgets about the bitter experience of vertical inertia. History has repeatedly shown similar price changes, but everything ended in the same, the quote turned sharply in the opposite direction.

Will there be a repetition of the pattern? The angle of inclination of the current inertia is 85 degrees (day period), and there is still no proper correction in terms of size.

Regarding the theory of market development, there is an assumption that the inertial move will soon end and this will lead to a local collapse of the Euro, but at the same time, a price range will be formed that will keep quotes for a long time. The coordinates of the expected range are still floating (1.1550 / 1.2000), but everything will become clear soon.

Analyzing the past day by the minute, you can see that a round of long positions arose during the start of the European session, where the quote bounced off the value of 1.1800 and eventually approached the local maximum on July 31 - 1.1908.

In terms of dynamics, an indicator of 111 points is recorded, which is 33% higher than the daily average. We see an acceleration in the market for six trading days in a row, which indicates the prevailing speculative interest.

As discussed in the previous review, traders were looking for an upward move after the price consolidated above 1.1800.

The recommendation from Wednesday, regarding the buy position, coincided by 100%, which brought income to the trading deposit.

Considering the trading chart in general terms (daily period), it can be seen that there has been only one pullback in the market [31.02-03.08] since the beginning of July, the market is overheated, otherwise it is a signal of instability for the entire structure of inertia.

The news background of the past day included the final data on the index of business activity in the service sector in Europe, where they recorded an increase from 48.3 to 54.7, which practically confirmed the results of the preliminary estimate. The main engine for the growth of the European currency was the data on retail sales in the EU, where the decline of -5.1% was replaced by an increase of 1.3%.

In the afternoon, the ADP report will be released, which reflects the growth of employment in the US private sector by 167,000 new jobs in July. They predicted an increase in employment of 1.5 million jobs, the discrepancy in indicators indicates a slowdown in the recovery of the labor market due to the coronavirus pandemic.

The ADP report put pressure on the US dollar, which was reflected in a decline in value.

In terms of the information background, we have a statement by the Fed's Vice Chairman, Richard Clarida, who predicts that the United States economy may go to growth in the third quarter.

"The economy was hit hard this spring. My personal prediction is that we will see a rebound in economic activity in Q3 data. The economic course will be affected by the spread of the virus, it is a complex picture." - Richard Clarida

It can be noted that all loud statements about the economic recovery always end with the same words - it all depends on the spread of the virus.

Thus, the market will continue to be on the verge of speculative emotions until control of COVID-19 is taken. 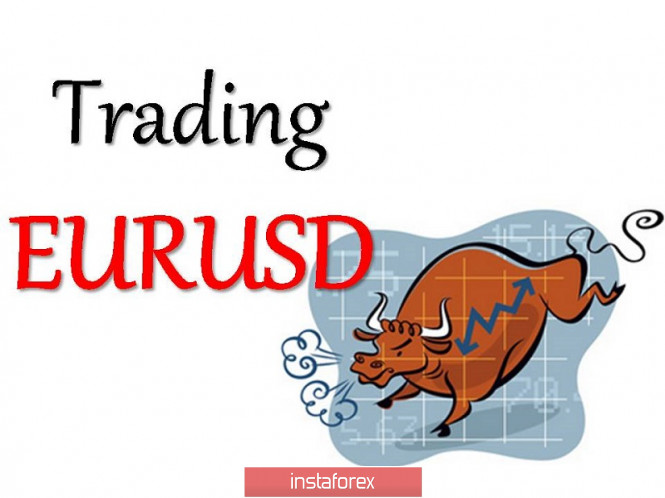 Analyzing the current trading chart, you can see a morning surge in activity, where it was possible to locally update the maximum of 1.1908 ---> 1.1915 at the start of the European session, but there was a pullback towards the level of 1.1850 almost immediately. The instability of the inertial movement is what we have in the market, but this is becoming obsolete for speculators, since one can grasp the leap in activity that occurs from scratch.

Now, it is just the case when the jumps in activity are still ahead, the price is simultaneously at a conditional maximum, where a correction is needed, as well as on the verge of speculation of further inertia.

It can be assumed that price consolidation above 1.1920 will lead to holding the inertial move, which will drag speculators who will quickly reach the psychological level of 1.2000.

A corrective move amid a colossal overbought would be a logical step with such a vertical move, but it's not that simple. To start, the quote must consolidate below the level of 1.1800, which will focus the sellers on itself, after which there will be the first step towards the 1.1720/1.1700 values. 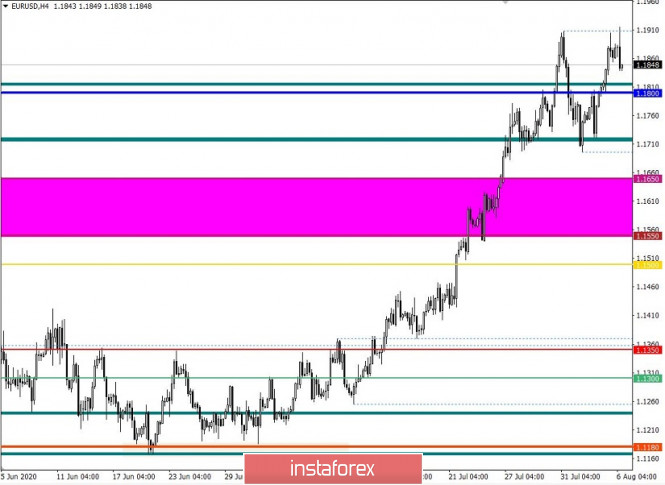 Analyzing different sectors of time frames (TF), we see that the indicators of technical instruments on minute intervals signal a sell, due to a rebound from the local maximum. The hourly and daily intervals, in turn, signal a buy, focusing on the inertial upward movement of the price. 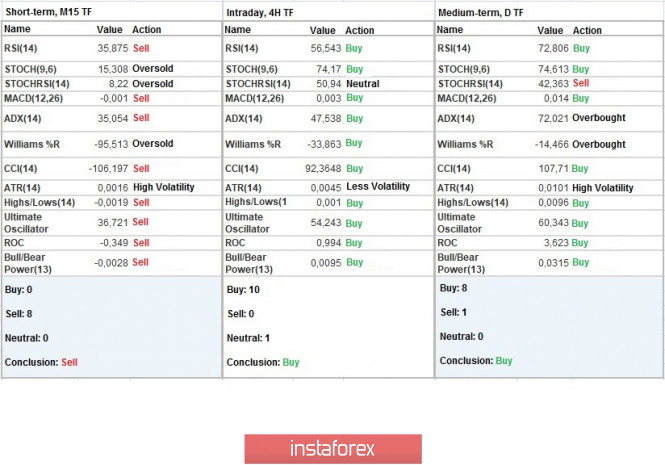 The volatility of the current time is 77 points, which is almost comparable to the size of the daily average.

It can be assumed that due to speculative excitement, volatility will continue to grow, overcoming the average. 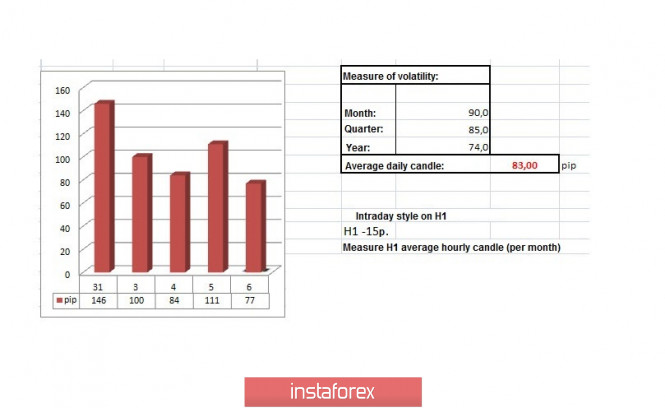